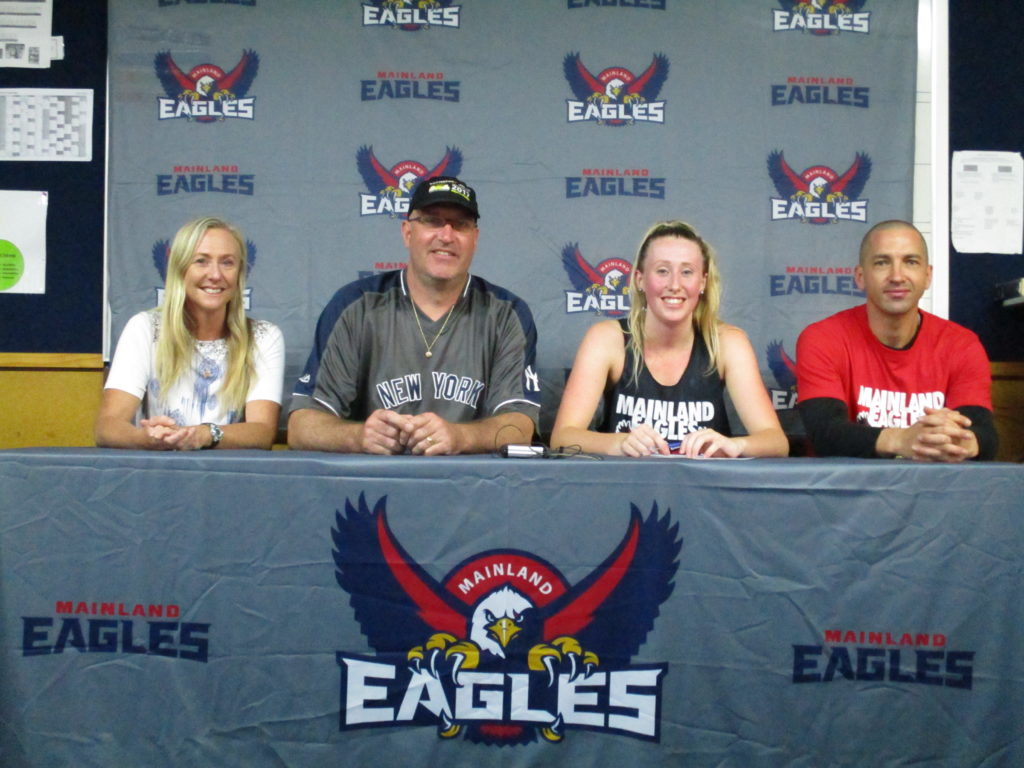 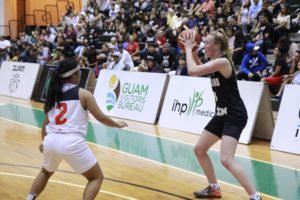 Amiee Book will be attending Cal State Fullerton University in Fullerton, California. Cal State Fullerton also known as the Titans play in the Big West Conference in NCAA Division 1. Amiee is from Nelson where she attended Waimea College and played for the Nelson Sparks in the WBC before moving to Middleton Grange School in Christchurch for her Year 13 year. While at Middleton Grange she played for the Canterbury Wildcats in the WBC and was a member of the Mainland Eagles Academy.

“Being a part of the Mainland Eagles program has prepared me both mentally and physical be successful in the college environment. To be constantly training and playing against players has pushed me to become a better player. Not only do the Eagles program focus on
developing players on the court, they also make sure players are succeeding in the as well. I want to say a big thank you to everyone who has been a part of helping me the player that I am today”, stated Amiee Book.

Amiee will be joining Angus McWilliam who signed with Texas Christian University, Quinn Clinton with St Mary’s College of California and Lauryn Hippolite with Hawaii Pacific University who have all signed NCAA scholarships and will be attending US College in June, 2018. “These 4 signings support why the Mainland Eagles Academy was set up by the Canterbury Rams in the first place, to provide high performance training and US college guidance & placement to up and coming players. These players come to regular 6am trainings to develop their craft with the top coaches in our area,” stated Mainland Eagles Academy and Canterbury Rams head coach Mark Dickel. 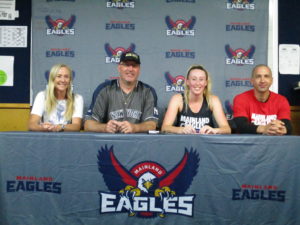 Book will be joining the Titans in June, 2018 to begin academic studies in the area of psychology & forensic psychology. Amiee is the daughter of Ed and Lisa Book. Amiee’s mother Lisa played at Nayland College and won secondary school nationals, won a WBC
championship with the Nelson Sparks and played for the U20 New Zealand team. Amiee’s father, Ed played college basketball at Canisius College in Buffalo New York from 1988 –1992. Ed was also a member of the Tall Blacks including team mates with Mainland Eagles coach Mark Dickel on the 2002 New Zealand National team who finished 4th at the FIBA World Championships. Ed has played a big role in Amiee’s basketball development having coached her right through the school ranks at Waimea College before Amiee moved to
Christchurch in 2017 to experience life away from home in preparation for the move to the US. “All Lisa and I wanted as parents is for Amiee to be happy with her school of choice. After talking with Coach Harada we felt and believe this was the right place for Amiee both
academically and basketball wise. He is creating a great family environment both on and off the court. We are very excited to watch this program over the years to come”, stated Ed Book.

“Amiee has been a very hard worker in our program applying herself both on the court and in the class room, we have been fortunate having the Book family as part of our Eagles Academy, with Ed travelling to the Eagles camps to coach every school holidays,” stated
Mainland Eagles Academy and Canterbury Rams head coach Mark Dickel.

The Mainland Eagles Academy was established in 2014 by the Canterbury Regional Basketball Foundation (sister organisation of the Canterbury Rams) to support male and female players throughout the South Island to pursue their dream of pursuing tertiary
education & basketball excellence both in New Zealand and the United States.