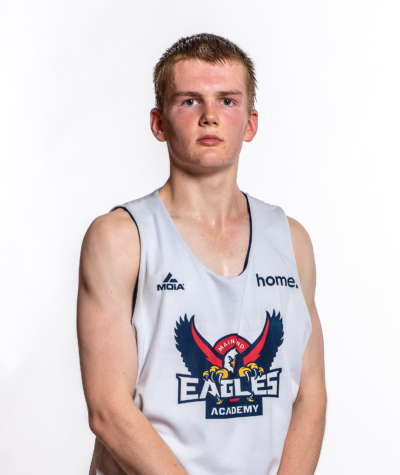 Zach has been the standout point guard for the Middleton Grange School team who are one of the top teams in New Zealand. A no non-sense high IQ point guard with a well balanced game. Super fit, has a great motor and plays hard in both directions. Is a great on ball defender and understands scouts and whats needed by the team. Will always make effort plays and be relentless at this end of the floor. Offensively he is a versatile floor leader who is good in the open court, and great at getting to the rim.

I remember the many nights I spent talking to my brother about how I should get into playing basketball. I was eight years old. Little did I realise that my decision to play basketball would change my life; shaping both my on-court skills, my work and life habits, and forging core values founded on commitment, community, passion, selflessness, and integrity.  These values have triggered my curiosity to pursue studies in the area of Business.

I plan to study Business because it can open doors throughout the world while making a meaningful contribution to young people and mental health. I plan to use this degree to set up more opportunities for young people not only to play basketball but to learn some of the same life skills, values & habits I did and in doing so providing support for communities through the development of improved mental health.  Improved mental health in the youth community is important to me as I have experienced first hand the positive benefits of resiliency, connection and selflessness.  The Business degree will provide the platform of learning which will allow me to set up such a business, utilising the broad global alumni network to gain greater influence and reach to support the youth basketball community with the development improved mental health.

Playing basketball has been hugely influential in my life. It has helped me gain the necessary skills to strive and achieve excellence in the classroom, as well as helping me develop my leadership through the opportunities basketball has offered me to serve, coach and referee. I have been able to influence many young people in the local community through coaching within the Gators Club (AAU Team) and Waitaha Representatives Academy (State Team), helping them develop their game as well as instilling the same values in them that I learned through my basketball journey.

I have also been able to impact the lives of the wider community through volunteering at the Christchurch City Mission centre (homeless shelter) and through the Mainland Eagles Academy which support junior basketball players in achieving in all areas of their life including academics and leadership. Helping these young people has made an impact on myself personally. It has made me appreciate how fortunate I am in life and because of this I have worked harder. I am lucky that I have more opportunities than many young people and I believe that if I don’t work hard then it is disrespectful to all the young people who don’t have the same opportunities as me. However, not only has working with these young people made me want to improve myself, it has made me far more motivated to help people wherever I can. I have seen young people with very tough lives and it saddens me to see but motivates me to help. I am highly motivated to help people in need, and I am thankful that basketball has given me this opportunity. It is my dream to continue to use basketball as a tool to help people in need in the US College environment.

I believe obtaining a college scholarship would be hugely beneficial in setting me up academically for the future, both in exposure to high-level professors but also in challenging and real-life academic experiences and interactions. I think that attending an elite US college would be a unique opportunity to push myself and continue to develop my basketball at a high level as well as being a great platform to continue my academic ventures at the same time. I want to use this opportunity to attend an elite US college to learn as much as possible from the professors and coaching staff, while also developing myself to become a valued part of an academic programme, campus life and basketball programme. I also aspire to attend an elite college in the US because it offers opportunities to make valuable connections and friendships with people from all around the world.  The ability to become part of a fraternity and network that has global reach will position myself for my future career ambitions.

Zach is every coaches and locker room dream. A no non-sense high IQ point guard with a well balanced game. Super fit, has a great motor and plays hard in both directions. Is a great on ball defender and understands scouts and whats needed by the team. Will always make effort plays and be relentless at this end of the floor. Offensively he is a versatile floor leader who is good in the open court, and great at getting to the rim. Reads the game well and competed against longer or quicker athletes using a good skill base and reading the game. Will make plays for both himself and others with ability to finish with either hand at the rim. Has a good catch and shoot 3 ball and off the move. His mid range pull up is strong so it puts pressure on pick & roll coverages to make decisions. His greatest assets though are his coachability and work ethic. A fantastic young man that is a skillful player who makes players around him better

Point Guard with very promising upside. Makes great reads with ball in his hands and excellent shooter both off the catch & bounce. Attacks the basket aggressively going either direction. Handles it well. Finishes at the hoop but also possesses a good floater. Good range & a quick release on his jumper. Moves with a purpose without the ball. Great motor on the defensive end, very active off the ball & intense on it. Should be one that develops very nicely with size and skillset with time to keep getting stronger and more confident.

Zach is wanting to study business, and therefore is looking for a college with a strong business degree. Basketball wise, Zach wants to be a part of a well established basketball programme with a healthy, strong and positive basketball culture.