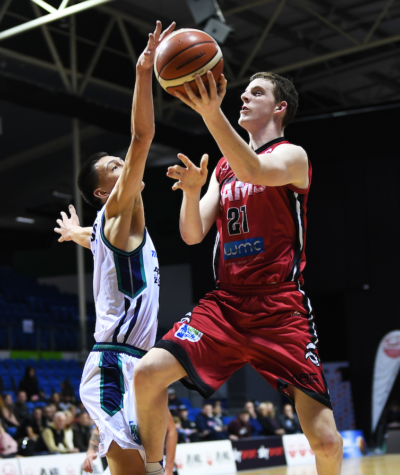 Mason attended Christ’s College where he was a key piece for the team. He receives coaching from Eagles Academy head coaches Mick Downer (former ANBL and Australian Junior/Senior National Team coach) and Mel Downer (former Head Coach at Australian Centre of Excellence and also played in the WNBL). He has also received coaching in his younger years from former Eagles Academy Head Coach Mark Dickel who played point guard for UNLV from 1996-­2000.

Mason is a REALLY exciting young player. He has lots of strengths that are relevant to the collegiate and professional game. He’s long and versatile and plays with a high motor in both directions. Hustles on defence, runs lanes hard and first to the floor in loose ball contests. He goes hard at practise and enjoys physicality. Can stretch the floor from the 3, put the ball to the floor and finish above and around the rim as well as a strong mid-range pull up. He’s a popular guy in the locker room who’s friendly, polite and has an easy nature about him. Really coachable and works hard to improve.

He’s overcome some growth related injuries as a teenager and showed great discipline and resilience. He’s easy to coach and wants to keep improving. Mason needs to keep developing his basketball IQ, ask questions and seek feedback, and work on his overall strength. He will do so given his dedication to training and desire to improve. Mason has a really high ceiling, and with great support and investment the sky is the limit for him.

Mason is wanting to study a history or archaeology degree.