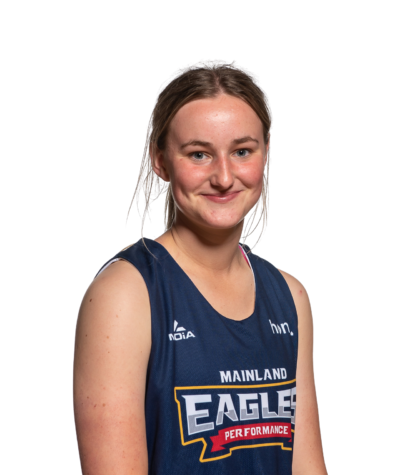 Maddie is a high character and elite floor spacer that adds value to any team she is on. Whether she is the first option or twelfth man on the team, her ability to bring energy, enthusiasm and leadership conquers all her on court abilities. That all being said, she is one of the best shooters in New Zealand for a reason.

Morrow has a relentless work ethic in pursuit of greatness of perfecting her craft as a shooting guard. Coming into her year 13 campaign, she was only known as only a shooter. With hard work in the off-season, she was able to expand her game into being a 3-level scorer. This included being able to attack hot close outs with putting the ball on the floor and getting on the rim with either hand. She had a variety of floaters and touch finishes mixed with contact finishes on both her left and her right hand. With her jump shot already intact, Maddie worked on her footwork off the dribble to be able to shoot pull ups and step backs.

Defensively Morrow took massive strides this season becoming a great on ball defender for a full 94 feet of defence on opposing ball carriers. Her ability to slide with other players, take chest bumps and be physical as a defender was a massive improvement. Off the ball she learned to read the game and become a great weakside defender playing passing lanes and rotating over in help.

While Maddie’s primary possision is shooting guard, she improved as a point guard with her ball handling and decision making. She was able to play in the pick and rolls as well as reading the coverage when attacking off pin downs. Morrow proved to be a student of the game and soaked up as much as she could this year to put her teams in the best spot to be successful.

Maddie has proven herself at regional, national, and international levels and would be a massive addition to any program she joins. Her leadership is natural and has her teammates wanting to follow in her footsteps, her ability to shoot is unbelievable, her energy is contagious and adds to culture but most of all whoever signs Maddie is getting a great player and even better person.