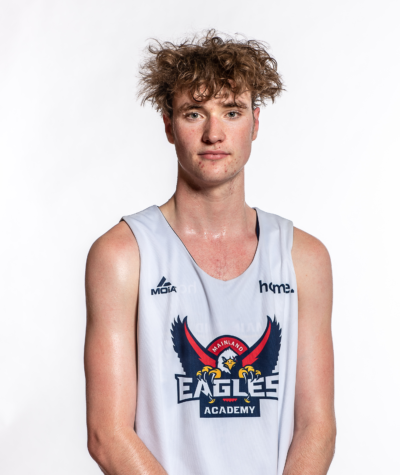 Josh has been the standout guard for the Christ College team who are a top ranked high school here in New Zealand. Josh has played for New Zealand under age teams. Josh is a point guard who you can play through and shoots well from the catch and off the bounce.

My name is Josh Book and I am an elite young prospect coming out of NZ. I have international length & talent as a playmaking guard. I have been the standout guard for the Christ College team and I graduate in December, 2021 (’22 recruiting class). Christ College is coached by U19 New Zealand National team assistant coach Ben Sheat.

I have been a member of both the U15 & U17 New Zealand National Teams and I am currently part of the U19 New Zealand National team. A highlight was beating Australia in the Oceania Championship and being named in the Allstar 5 for the tournament. In June of this year my Canterbury Representative Team won the u19 National Championship, where I was the starting guard and I was named MVP of this tournament. Another recent highlight was being selected for the Steven Adams High School Invitational camp and showcase game, which is the second year of selection for me. This camp selects the top 20 High School players in the country. I set records for all of the shooting competitions last year, and at the camp this year I broke my own records and currently hold all shooting titles. Finally, I was just selected to play for the Canterbury Rams 3×3 New Zealand National Basketball League team, with the first tournament coming up in October.

With international length I can make plays at the rim and create shots over and around defenders. I have deep NBA range from the 3pt line and can shoot off the catch, dribble and from behind a screen. I am also a willing passer and understand the game. I love to compete, I am a hard worker, always giving 100 % on and off the court and these qualities and skills along with a love for the game mean I have aspirations to go as far as I can in this amazing sport.

Josh has good size for his position as a Combo Guard and has a high ceiling for his development. He makes great reads with the ball in his hands and facilitates his teams well. He is an excellent shooter both off the catch and the dribble. He attacks the basket aggressively, going in either direction, and capable of scoring with either hand over size. He has great work-ethic on both ends of the floor and always puts his body on the line. One of his biggest strengths is that he rebounds extremely well on both ends for a guard defensively he plays with great energy and has high IQ both on and off the ball. Josh will be a player that will develop nicely with his given size and growing skillset.

Josh is an elite young prospect coming out of NZ. International length and talent as a playmaking guard. It’s been a pleasure supporting Josh on his journey the past few years and really seeing him grow his skill package, game knowledge and leadersip. As a tall guard he can make plays at the rim and create shots over and around defenders. Has deep NBA range from the 3pt line and can shoot it off the catch, dribble and from behind a screen. Josh is a willing passer and understands the game. He loves to compete. At the defensive end he’s become a really solid defender and uses his length to be disruptive. A big area to improve on a few years ago and he’s really invested time and energy into being able to defend at a high level. Josh is a great kid, one of the rising stars in NZ basketball and will go a long way in the game.