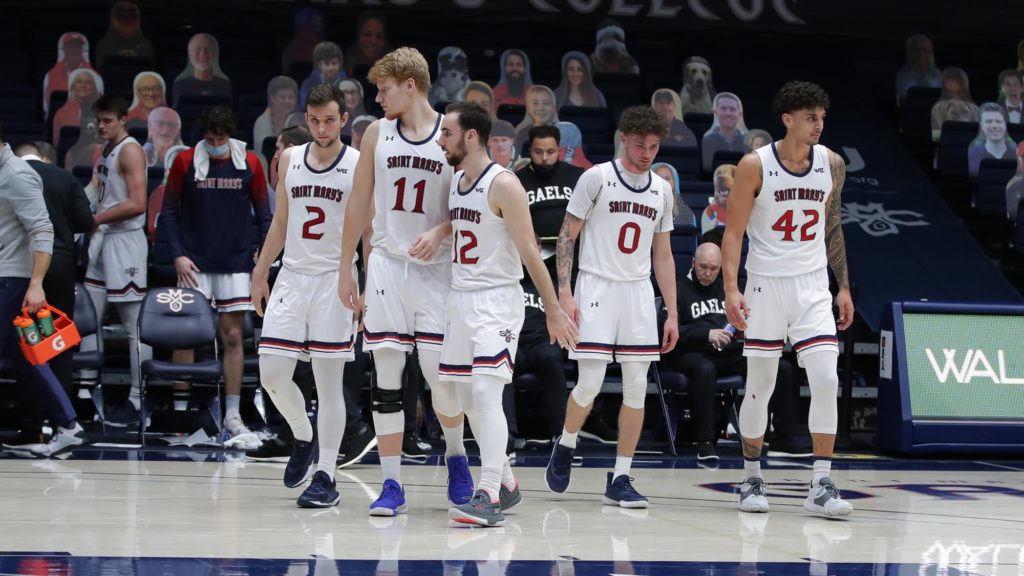 College basketball season is here and we’re looking forward to following the South Island college athletes and their team’s progress.

The former Christchurch Boys High and New Zealand age-group standout has played 44 games for the Gaels in two seasons. Represented New Zealand at the 2017 FIBA U19 World Cup in Egypt, averaging 12.1 points and 3 assists per game.

Quinn was named MVP after leading Canterbury to the title at the 2017 U19 National Championships.

The 6’10” forward averaged 14 minutes per game for Hartford in his freshman year.

Attended Christ’s College, Christchurch. Mason was a member of the 2021 Canterbury U19 National Championship winning team.

Sister Charlotte is on a basketball scholarship at the University of Colorado.

Amiee Book has transferred to Fresno State University for her senior year.

Wofford College finished runners-up at the 2021 Southern Conference Tournament where Helen Matthews was named to the Conference All-Tournament First Team.

Scored a career high 16 points and also dished a career best 8 assists against UNC Greensboro. Averaged 21 minutes per game in her freshman season, scoring 8 points or more on 9 occasions.

Named co-captain of the Eagles for the 2021-22 season Tsubasa has played 60 games for Georgia Southern. Averaged 12 points and 6.2 rebounds for New Zealand at the 2017 FIBA U17 Oceania Championships in Guam.

Played all 20 games for the Buffaloes in 2020-21 averaging 14 minutes per game with a season best 11 points scored against Western Colorado.

Charlotte will sit out the 2021-22 season after undergoing hip surgery.

From Ashburton Lowe has played 52 games for the Flames. Started all 29 games in 2019-20 but missed the entire 2020-21 season after undergoing surgery.

Via James Hargest College, Invercargill and St Andrew’s, Christchurch Stodart has transferred to Colorado Springs after playing his freshman season at Concordia University where he made 13 appearances.

Former Otago Boys High School guard Ben Reeves returns to New York for his sophomore season after all Division III programmes were cancelled in 2020-21 due to covid.

The Canadian university season is already underway and the Cantabrian forward tallied 3 points and 11 rebounds in the season opener for the Cougars.

The 5’7” combo guard played at Middleton Grange School where she was head girl in 2020.

All Canadian university basketball was cancelled in 2020-21 so former Middleton Grange and Canterbury representative will resume her collegiate career with15 games for the Lancers under her belt.

The Cantabrian forward played at the NJCAA Women’s National Championships last season. Played all 24 games for the Golden Eagles and finished second on the rebounding list averaging 6.2rpg.

The Canterbury representative played 23 games for Miles last season as the Pioneers earned a place at the NJCAA  Women’s National Championships last season. Elected President of the Student Senate for 2021-22 academic year.

Note this list is of players known at the time of writing. It’s possible there may be some players absent from this list with players often moving, or travelling to the US without publicising their plans, or may yet to be announced by teams.