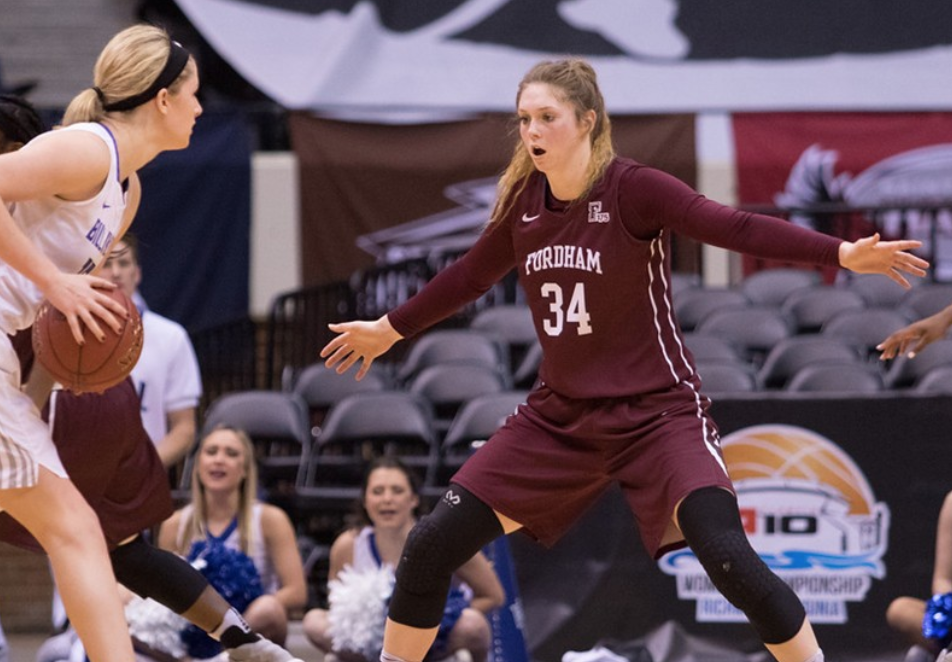 Here is a quick update on all the Eagles Alumni and how their teams went over the weekend.

We will have another update out later in the week to recap some scores and performances throughout the week and preview the upcoming weekends games.

Tessa continued her great form so far, this season, however her Cal State Northridge team unfortunately had another two close losses. First up against New Orleans, a New Orleans 13-2 run late in the game meant that they team went down in a tight battle 73-76. Tessa had an impressive 14 points, 5 assists, 5 rebounds and 6 blocks in this game. In the second hit out against Milwaukee the team went down 50-58. Tessa added 10 points and 6 rebounds in the loss.

Whitworth had two impressive wins this weekend. In their first hit out they beat Gallaudet 96-58 in a comfortable victory. The second game was slightly closer but Whitworth ran away with it again winning 83-58. Sam had two solid performances to go with the wins. Against Gallaudet Sam had 7 points, 2 rebounds and 2 steals in 17 minutes. Then in 18 minutes against Waynesburg Sam added a career high 15 points to go with 3 rebounds and 3 steals.

Washington played two games in the 2k classic at Maddison Square Garden in New York this weekend. They lost to Providence College 70-77 in the first game. It was close all game with Providence pulling away late. Sam had 6 points, 8 rebounds and 3 blocks in the loss. After a tight battle the night before Washington didn’t back up well going down in the second game to Virginia Tech 79-103. Sam had 2 points, 4 rebound and a block.

Pepperdine lost a close battle to Northern Colorado 82-84. They now host the Legends classic Monday and Tuesday this week. Battling injuries Pepperdine will be looking to grab a couple of wins at home.

Eckerd college had an impressive 69-67 win over Barry University. Eckerd hit two free throws with 3 seconds to go ahead and give them the win. Next up the team has a week of before playing in the Eckerd Thanksgiving classic.

Alaska Fairbanks had a win and loss this weekend. In a tight defensive battle, they went down 41-49 against Western State Colorado University. In their second game, they flipped the script dominated Holy Names University 73-29. Brittany played 16 minutes in this game adding 3 points, 2 rebounds and a block.

Casper College had two good wins in the weekend which will be pleasing for the team. First up they won comfortably against Nueta Hidasta Sahnish College 112-67. The second game followed a similar script with them beating Williston College 81-54. Jackson had two good performances. In the first game in 18 minutes he had 12 points, 2 rebounds and 2 assists. In the second game, he had 5 points and added 4 assists and 7 rebounds.

Fordham lost to a tough University of Albany today. Mary Goulding is back from her knee injury and ease herself back into playing over the next few weeks.

Southern New Hampshire had a good 85-68 win over Franklin Pierce in their only game of the weekend.

The University of St Thomas had a tough first two games to start the season. In the first game against Dickinson College they won a close battle 73-68. In their second game of the weekend they had another tight tussle eventually going down in overtime 83-85 against Marietta. Toby had 6 points and 2 rebounds in 10 minutes against Marietta.

A tough weekend for the Eastern Arizona College men’s team. They won a close battle 79-75 against New Mexico Junior College. Joe had 9 points, 2 assists and 2 rebounds in 20 minutes. In the second game, they went down big 45-72 to Howard (Tx) College. They now go into a tough battle tomorrow against Arizona Western College.

Laramine Community College had a good weekend winning both games comfortably. They beat Northern Colorado P2P Elite 98-71 and then beat Rexburg United 90-74 in their second game. In the first game Hayden had 2 points and grabbed 3 rebounds.

Currently with 15 Mainland Alumni athletes currently playing in College we are going to be bringing you regular updates of how athletes are going and how you can follow them in the 2017/18 season.