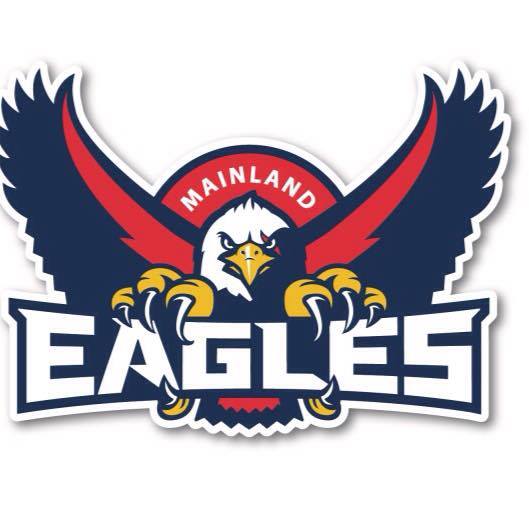 The 2017/18 season is underway for all of the Mainland Eagles athletes now. Some players and teams have had a good start to the season, some have got some work to do. Here are some updates on all the players and how their teams are going.

Zoe and her Eckerd College team have had a great start to the season. Zoe had a great game in her team’s first up 68-46 win over the University of West Alabama. Zoe had 11 points and 5 rebounds in 20 minutes. She also shot an impressive 5 from 8 from the field. In the team’s second game they dispatched Christian Brothers University 78-56 to start the season 2-0. Zoe had another good performance in 16 minutes scoring 7 points and grabbing 5 rebounds. The team now have a few days off before playing again on Wednesday NZT. 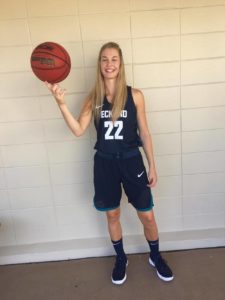 Tessa Boagni and the Cal State Northridge team had a tough start against a very good Oregon team ranked #11 currently. In the 43-91 loss Tessa had 6 points, 5 rebounds and 1 block in 25 minutes. Next Up on Wednesday NZT they take on San Diego State.

Sam Smith has had a great start to his time at Texas Wesleyan. Texas Wesleyan are reigning NAIA champions and are again favoured to make a push towards the title. The team is currently sitting well at 3-1. In the team’s latest win 94-79 over Huston-Tilloston College, Sam had 11 points, 4 rebounds, 3 assists and block in 29 minutes. The team play Wednesday NZT before have a week off after a busy start to the season.

It’s been a tough start for Shou Nisbett and his Southeast Community College they are currently sitting at 1-3. In his team’s latest game Shou played 28 minutes filling the stat sheet scoring 6 points to go with 6 rebounds, 2 assists and 2 blocks. Unfortunately, his team went down on a last second shot 96-98. They have a few days of before getting back into it on Wednesday NZT.

Sam Timmins and the Washington Huskies had a good first up win over Belmont University 88-82. They now play Eastern Washington tomorrow at 2pm NZT. Washington play in the PAC 12 which is ranked the 5th best conference out of the 32 in NCAA Division 1.

Pepperdine had a tough start to the season against a very good Oklahoma State team going down 47-78. They now play Cal Lutheran University on Wednesday NZT.

Brittany and her Alaska Fairbanks team have had a 1-1 start to the season. On opening night the team lost 49-62 against the University of Hawaii of Hilo. The next day the team managed to turn that around beating the same opponent 56-50. The team now has a break until Saturday NZT before playing in the Seawolf Hoops Classic.

Jackson and his Casper College team are currently 3-3. They have lost 3 in a row but get 6 days of to get refocused before playing Nueta Hidatsa Sahnish College. Starting in every game so far, Jackson currently has averages of 8.5 points per game and 4.5 rebounds per game.

Unfortunately, Mary is currently injured. We wish her all the best in her rehab. Her Fordham team had a good win on opening day leading in to a tough game against Boston College on Thursday NZT.

Whitworth University had a tough first up match. The division 3 school played Division 1 school the University of Montana. They team did well fighting to the end eventually going down 60-72. Next up on Thursday NZT the team will play La Verne University.

Southern New Hampshire have had a tough start to the season. They have gone down in both opening games narrowly losing in overtime and double overtime so far. Next Up on Thursday NZT the team plays a conference game against St Michaels College.

Toby and the University of St Thomas haven’t started the season yet and still have a while to wait. In 6 day’s they start against Dickinson College the Great Lake Invitational tournament.

Joe and his Eastern Arizona team have won 5 from 5 so far. In the latest game playing the Grand Caynon Club Joe played 20 minutes scoring 3 points to go with 6 rebounds, 2 assists and a steal. The team now has 6 days of before playing 3 games in 4 days.

Hayden and Laramine Community College are sitting at 3-3 so far, this season. In a tough 93-114 loss to Central Wyoming College, Hayden had 4 points and 2 rebounds in 11 minutes. After a busy start to the season the team now has 5 days off before there next game.

Originally from Nayland College Jordan is in his freshman season at Barstow Community College. Unfortunately, like Mary, Jordan is currently injured. We wish him all the best in his recovery. His team has also had a tough start to the season currently sitting at 0-4.

We will keep you updated throughout the season.